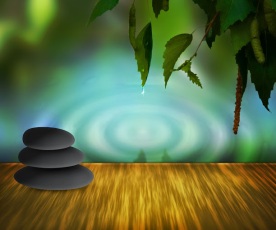 “How does my giving shape what is of greatest worth?”

“What level of giving would be most meaningful and powerful to me?”

These are two of the questions that Rev. Thomas Perchlik, minister of the First Unitarian Church of St. Louis, uses in crafting worship services that celebrate generosity and abundance.

“I have enjoyed using the New Consecration Sunday model as the inspiration for planning services,” Rev. Perchlik reports. “The people love it.  After almost a decade of struggling to get a complicated Canvass process together each year, this seems easy, fun and deeply meaningful.”

The New Consecration Sunday celebration model that Thomas refers to is an integral part of the Christian stewardship program described by Herb Miller, a prolific author and recognized authority in realms of congregational health and effectiveness.

The New Consecration Sunday stewardship program focus is on the religious beliefs, mission, and values of the faith community as a source of inspiration for giving rather than the obligation of funding the budget to pay the bills. Miller’s question to the giver is, What is God calling me to do?

The Rev. Keith Goheen, a member of the UU Church of Mill Creek and JPD Board of Trustees, offers an alternative theological perspective for effective stewardship in other religious communities:

Unitarian theologian Henry Nelson Wieman was keenly interested in ‘The Good.’ His theological/ philosophical imperative involved bringing more (an abundance) of the Good into the self, the congregation, and the world. 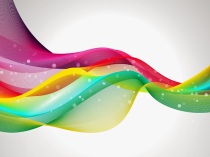 What then is the congregation’s relationship to The Good?

What is its vision and mission, or raison d’tre?

If the principle relationship is best expressed as a haven defined in opposition to the prevailing culture (such as being defined by what we are not: a church, theistic, etc.), then The Good lies in the maintenance of strong boundaries. These boundaries protect the sanctity of the philosophical center while deepening its sense of differentiation.

If the principle relationship is to bring more Good into the world (in which we are a resource for ethical, non-theistic living to our community), The Good is expressed in relationships with community and the perceived need for Good in its culture.

This identity provides an interface through the idea of mission. The campaign is then designed to build enthusiasm for fully funding and potentially expanding the ethical mission of the congregation. This is accomplished by creating a pool of financial resources supporting the activities that bring more of the envisioned Good into being. Individuals giving from personal abundance generate congregational abundance enabling an abundant expression of mission.

The choice about fundraising approaches must be in sync with the members’ relationship to the congregation and their shared sense of purpose.

Money becomes a tool to empower mission. The focus of the campaign is on impact, not costs.

(This post goes back to late winter 2015. Appreciation goes to the Rev. Sunshine Wolfe, M.Div., Interim Minister, First Unitarian Church of Alton, IL, for bringing the topic of the New Consecration Sunday concept to the UU-Money Leaders for an energetic discussion.) 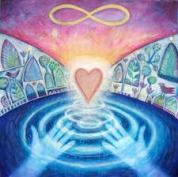 The offering has been the central act of worship for human beings since ancient times. In the earliest times, sacrificial offerings of the best livestock or first fruits of the crop were ceremonially given to the gods. In modern times, money is placed in the offering plate during Sunday morning service to support the work of the faith community. Throughout time the offering has been a means by which individuals and families may contribute some of what they have to benefit their whole community. Making an offering is considered a central act of faith: faith in the community, faith is something greater than oneself, and a tangible expression of gratitude for all received in life. In its deepest and purest expression, the act of giving motivated by gratitude, is a deeply spiritual practice.

Over time, this practice of the offering has been institutionalized by religions around the world. The concepts and practices are explicitly taught in many religions. In her book Giving—the Sacred Art, Lauren Tyler Wright refers to the practice of giving that each faith tradition brings to the “table of generosity.” She continues by describing the language and expressions of giving to religion:

Each tradition brings to the table a beautiful history of sacred texts, stories, and experiences, and each faith contributes to the intricate landscape of religious giving with a beautiful assortment of expressions: stewardship, almsgiving zakat (alms tax), sadaqah (voluntary charity), dana (charity), charity, Chesed (loving kindness), Tzedakah (righteous giving), tikkun olam (repairing the world). As I write, I imagine this wide variety of religious perspectives engaging in dialogue, not debate. While we may disagree on a host of ideologies, we can all sit around the table of generosity and share our understandings of this common practice. And in doing so, I have a feeling we will discover that our spiritual journeys are more alike than we may have thought. 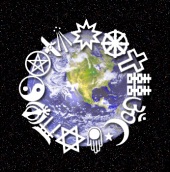 Though religion continues to be the beneficiary of the largest share of charitable giving, it is losing some ground as giving increases to other charitable organizations. Once the recipient of 60 percent of all charitable giving, for the first time in recorded history, giving to religion has dropped to just under 33 percent. It appears that the competition for charitable dollars is heating up and religious leaders and consultants are asking, why? What makes the difference for people in choosing where to give?

Church fundraising consultant and former parish minister, J. Clif Christopher, is convinced that religious organizations must develop appropriate fundraising strategies using current methods in order to keep pace with their missions and financial needs. These strategies and methods will need to include greater involvement by the minister and board leaders in active fundraising and teaching of stewardship. More analysis must take place for each congregation to better know and understand its donors, their patterns of giving, and their capacity for giving.

Finally, it is essential that religious leaders know how to effectively ask for contributions and to communicate with and recognize donors.

According to Christopher and others, the three primary reasons people give are:

1) Belief in the mission of the organization,

2) Regard for the staff leadership of the organization, and

In addition, people clearly want to make a difference in the world, to change lives for the better, to leave a legacy that reflects their desire to leave such a mark of accomplishment.

Faith communities today have a big job to do—to change lives. We must focus on the task of changing lives and making a difference in the world, beyond the doors of the congregation. This level of change cannot be accomplished by busying our members with committee work and social activities, then telling them there is not enough funding and more money is needed to keep it all going.

What fundraising and stewardship strategy will your congregation need to fulfill the task of  changing peoples’ lives      and making a difference in the world?

You are invited to participate in this Giving Speaks poll about giving away and sharing offering plate collections: 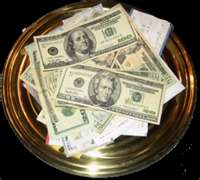 This was the question posted on the Giving Speaks blog a few years back.  In all, sixty-six responses were received along with a number of comments.  Here is what I learned from the poll responses and commentary.

The comment by one respondent seems to speak for a number of congregation leaders that I have met with over the past five years, “We’ve been giving away 50% of every collection plate for two years. It has been an unqualified success.   It’s very clear that when people are given an opportunity to be generous, they respond.  Each month’s selected recipient is described by the minister at every service, with careful attention to why the mission of
the selected organization is viewed as an extension of our own ministry. The 50% of the collection which is retained by the church is always greater than the 100% we collected before the program was instituted. But, more importantly, everyone is proud of the church, and we are making a real difference for these selected organizations. It is a genuine win/win.”

Several comments indicate the shared offering plate program is a part of a congregation’s outreach ministry, helping those in need nearby or in response to a crisis at a distance.  One respondent wrote,  “At our church we found members were very interested in knowing that our plate was going to a good cause and made them feel good that we were reaching out to those in need.  For example, we have been contributing 50% of our plate for UUA Tornado Relief. Our total plate has increased since we started doing this several years ago.”

One concern shared indicates not all view the trend of giving away of all or part of the Sunday offering as  positive, “Sharing the plate is an unfortunate development – people come to UU churches to share in a religion not in a foundation that disburses money in vague ways according to the fad of the moment – I give money to my church to support our religion –God knows it is fragile enough – I give other money to charities I feel a
connection to – I don’t need others in my congregation to help me/tell me to what charity I should direct my money…”

Clearly, from the responses to this poll and from anecdotal research, the majority of congregations with shared offering plate programs find there are benefits to such a program.   Generally, the perception of the contributions made to community agencies and crisis relief funds is positive among congregants, in that they feel their congregation is making a difference.   Many report increases in giving to plate offerings, as well as in pledged contributions to the congregation in which the shared offering program is a visible, recognized outreach ministry.   What is less clear is whether or not instituting a shared offering program raises funding levels enough to sustain a congregation’s annual budgeted expenditures over time and without cuts to staffing, programs, and denominational funding.

As always, your stories, ideas, resources, and comments are welcome!